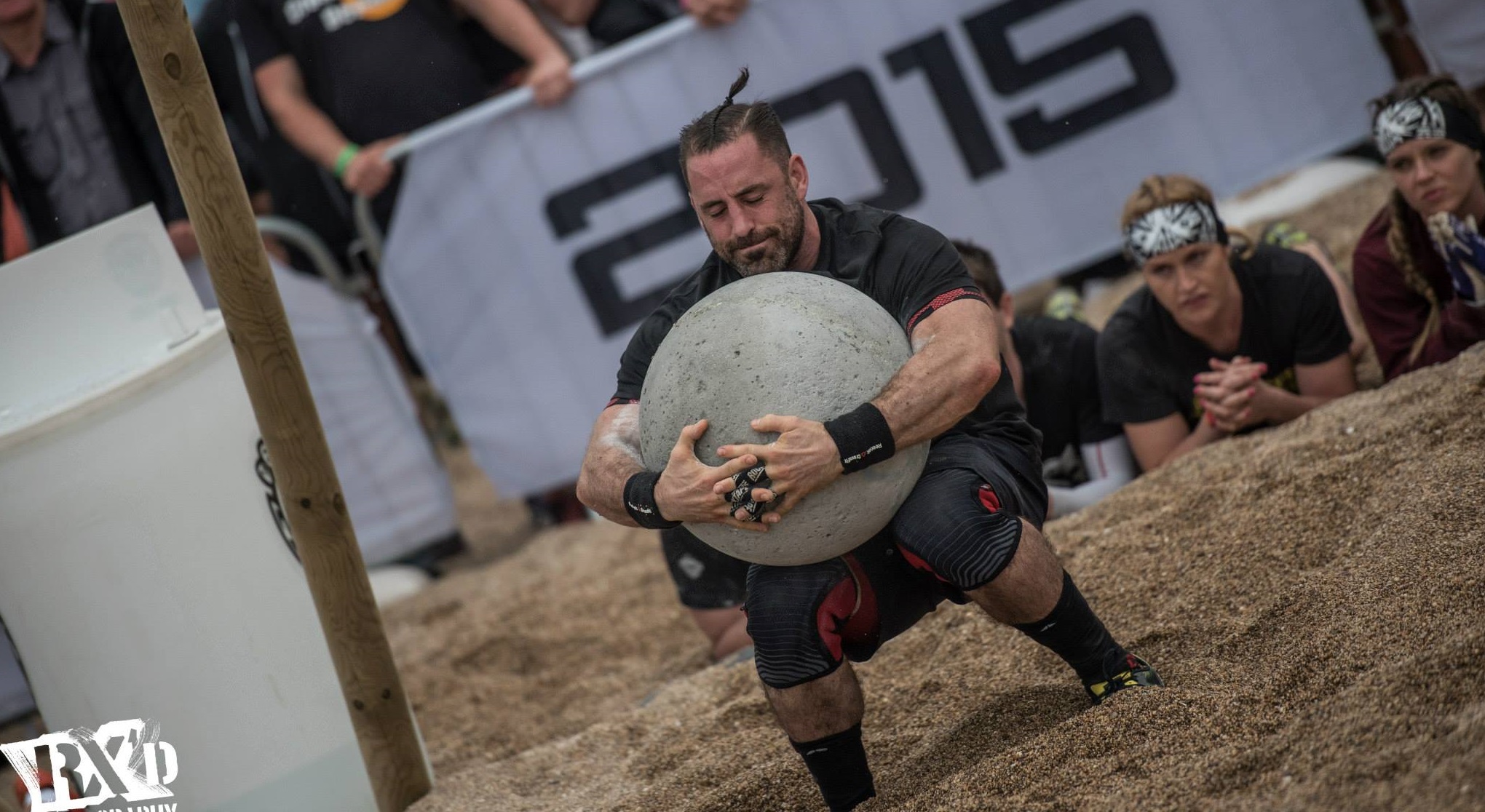 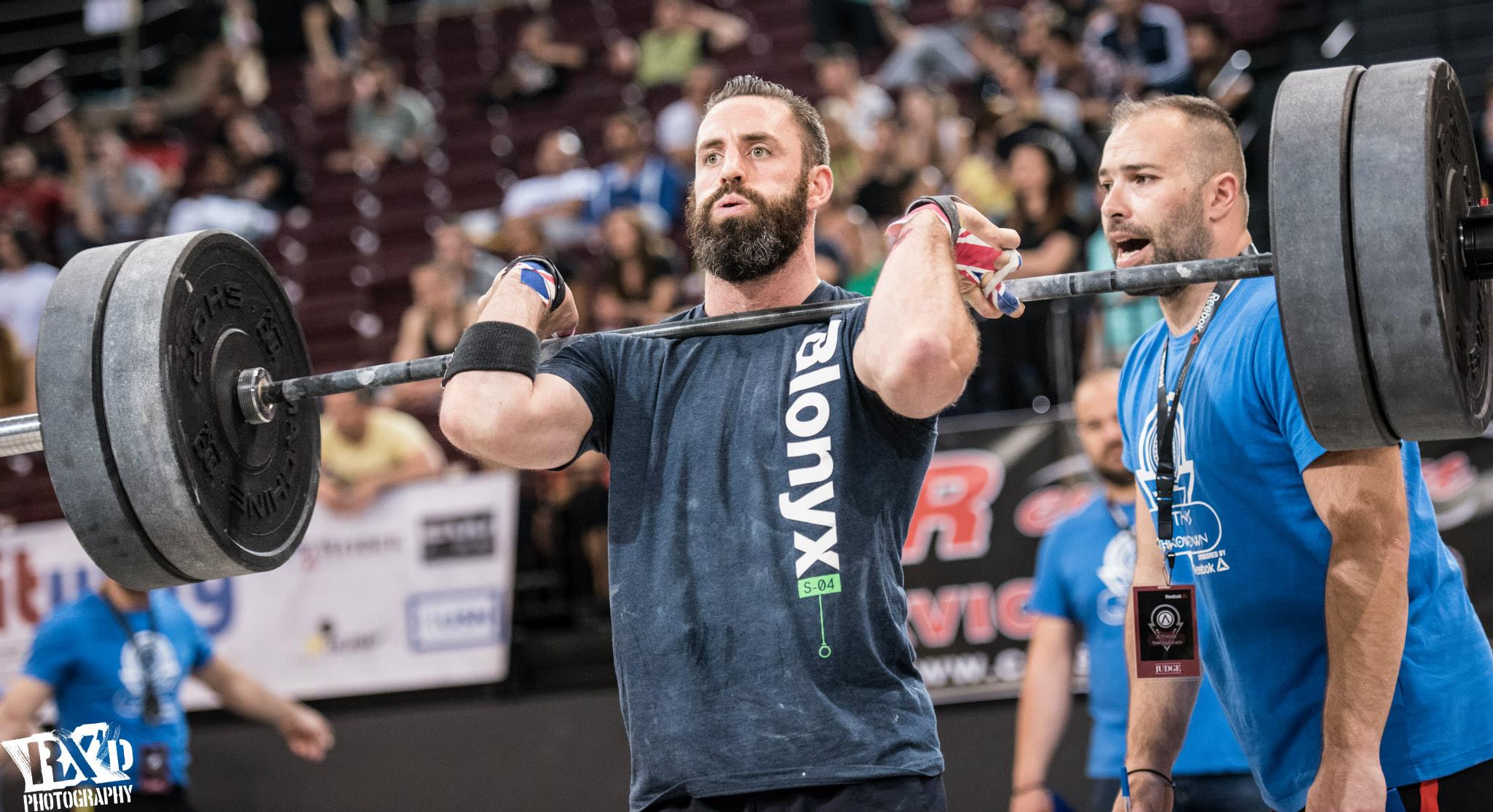 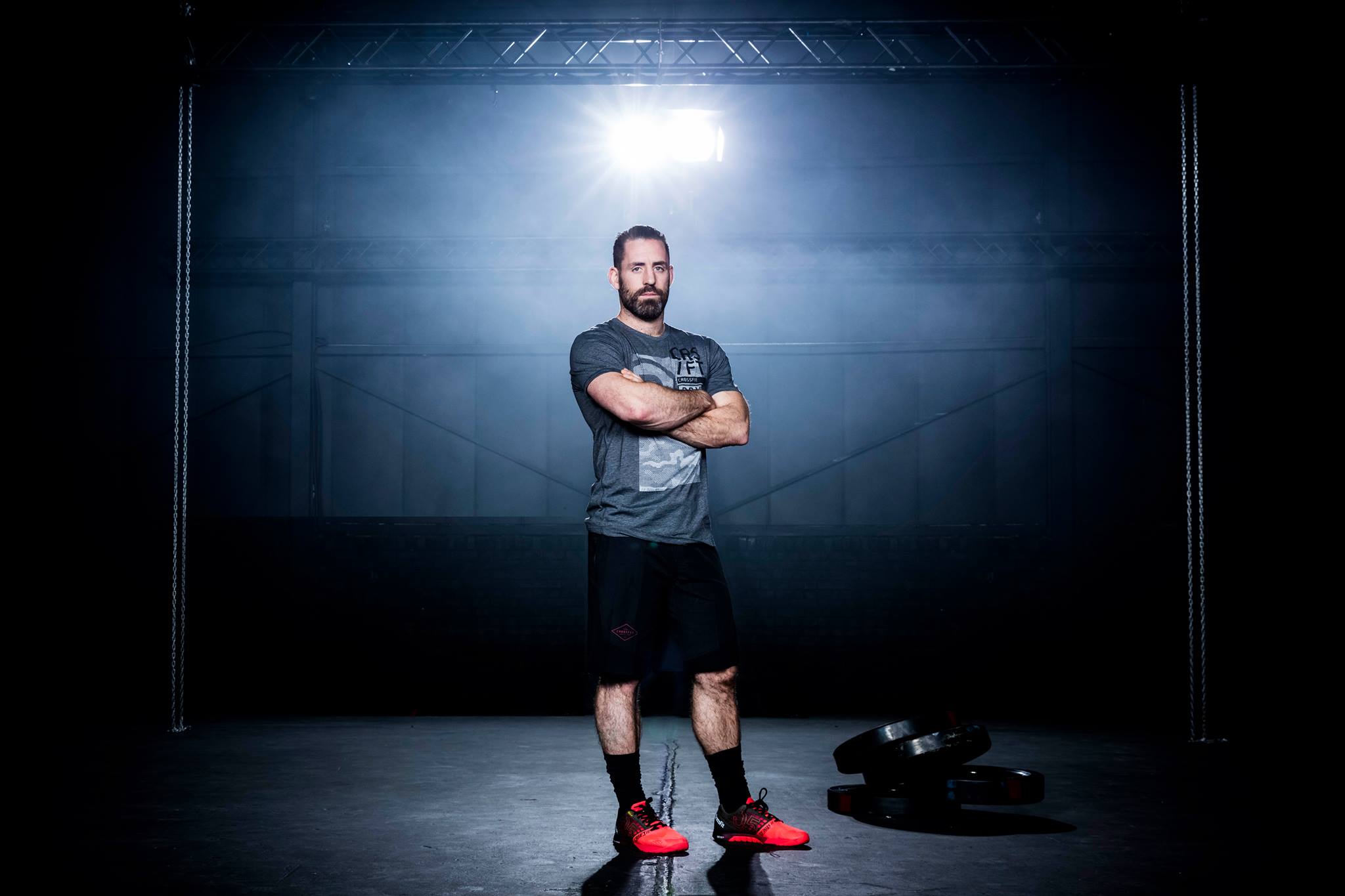 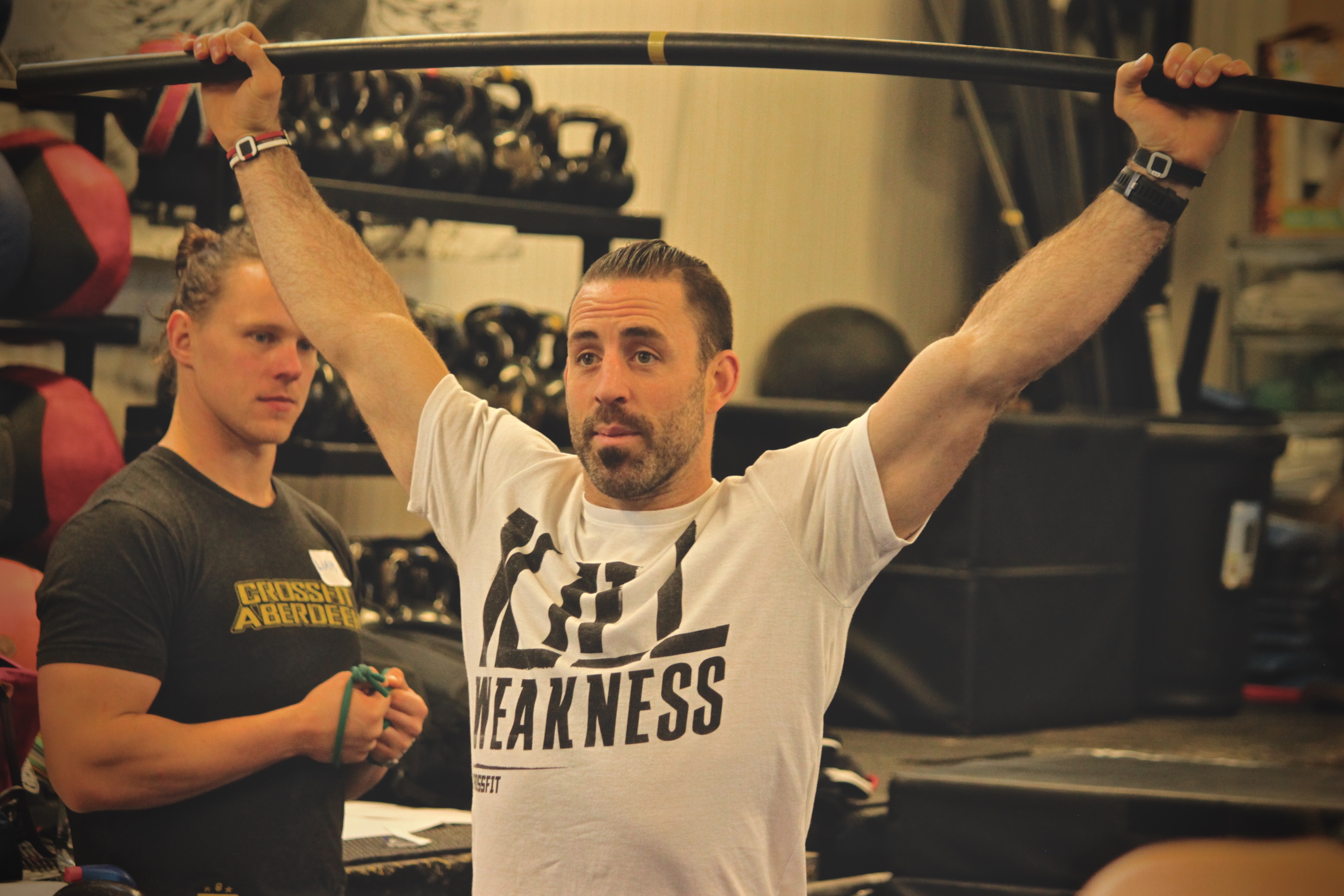 Jackie - in a ‘globo’ gym (using a dumbbell for the thrusters and running machine for the row!)

Rob is the owner and head coach at CrossFit Aberdeen. He also works for CrossFit HQ Seminar Staff, travelling the world coaching and growing the CrossFit community.

A proud Welshman, Rob's early career was playing rugby, having played in the Premiership Leagues in both Wales and Scotland, for clubs such as Swansea RFC, Cardiff RFC and Aberdeen Rugby. He studied Geology at Cardiff University before travelling to Aberdeen in 2006 to work as an Engineer.

Rob also competes in CrossFit to a high level, both as an individual and team member, and is currently a Team Reebok UK Athlete. He also has high judging credentials having been 'head judge' for one of the UK's biggest Team CrossFit competitions in 2014, and also judged at the 2014 and 2015 CrossFit Regionals competition in Copenhagen.

Rob's goal is simply to help people be better, move better, to the best of their ability - helping them lead fitter, healthier and happier lives. He works hard to instil the community and values of what CrossFit is all about.

Rob has seen and experienced first-hand that CrossFit is a powerful tool for initiating change, and now hopes to transfer his skills and knowledge to the people he works with. Rob displays a true passion for CrossFit, be it as a coach, mentor or athlete.

CrossFit Aberdeen the only official CrossFit Affiliate in the city. Our goal is to help people live healthier, happier lives through CrossFit.